Explore Asheville President and CEO Stephanie Pace Brown outlined a plan Wednesday to establish a steering committee that would tackle Asheville and Buncombe County’s long-term sustainability needs. It comes as the region has experienced unprecedented growth in its tourism industry as well as a litany of growing pains some attribute to the development of hotels and the ongoing focus on tourism.

Brown said there’s been recognition by the TDA in the past few years that “the quality and the maintenance of downtown is an essential ingredient in the success of tourism in Asheville” — leading to room for a so-called major works planning process.

“We committed to a vision 15 years ago that Asheville and Buncombe County will retain its unique, authentic and environmental charm while welcoming visitors,” she said. “That’s really central to the underlying concept of working together with municipal partners to address infrastructure needs and the maintenance of this destination.”

The TPDF annually awards grants using 25 percent of the revenue generated by the county’s hotel occupancy tax. The other 75 percent is divided between sales, marketing and public relations efforts. A TPDF committee considers a range of criteria for winning projects, including demonstrating capacity to increase the total amount of hotel room nights in the county.

Six projects vying for TPDF grants in this year’s cycle were approved Wednesday, totaling about $9.5 million. The largest grant of $6 million was awarded to the county for improvements to the Enka Heritage Trail and the Buncombe County Sports Park.

Other grants included $975,000 for the National Craft Innovation Hub at 67 Broadway St., $905,000 to add outdoor lighting and additional parking at the North Carolina Arboretum, $800,000 for upgrades to the YMI Cultural Center, $705,000 to open the LEAF Global Arts Center at the Del Cardo building on Eagle Street and $100,000 to create an African American Heritage and Cultural District as well as an interactive museum at Asheville’s Stephens-Lee Recreation Center.

Brown said the TDA will collaborate in its planning process with Asheville-based Magellan Strategy Group and PGAV, Inc., to outline “strategic priorities” to develop the community over the next decade.

She said the process would allow the TDA to invest in “high-quality urban design to enhance and preserve” aspects of the community and determine the potential to use the TPDF to support debt service on tourism-related capital projects. 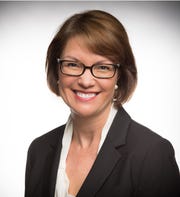 In the proposed process, Brown said the TDA’s goal would be to develop “a long-term investment plan.”

“We’re funding whatever applications come through the door, and they’ve been very worthwhile projects,” she said. “But we know there are a number of projects in development and rather than take them first-come, first serve … we’re going to look at the whole landscape of projects and work in partnership with applicants to enhance the quality of projects and provide a strategic look at how money can be used over a long period of time.”

Brown said conversations now will have to be had with municipal partners on a timeline and other resources PGAV will develop and present to the TDA.

The proposal drew words of encouragement from members of the TDA.

Hotelier John McKibbon told Brown the proposal was something he’s “always wanted to do.” Asheville City Council member Julie Mayfield called the proposal “the thing that we need to address a lot of the concerns we’ve heard and seen.”

“We know the amount of growth we’ve had brings its own challenges with it,” TDA Chair Jim Muth said. “We’re really trying to be creative with trying to address those.” 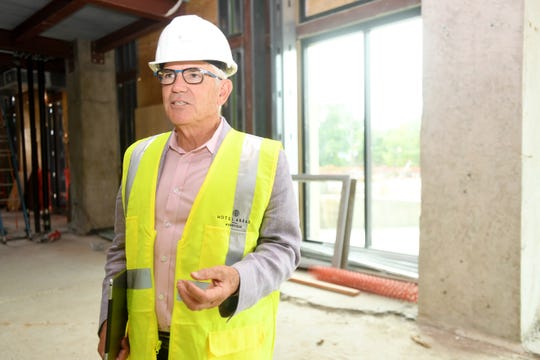 However, Himanshu Karvir urged caution given the nature of the TPDF to award grants to nonprofits. He said while he understands the area’s needs, he said a lot of local nonprofits depend on TPDF grants to carry out development projects, but wouldn’t necessarily qualify for major works investments.

Brown said Karvir’s question is one of the “essential” ones to answer in the process.

“How much is reserved for an application-based process, whether we go to every two years so the funding is significant in each cycle — those are all things a steering committee will really need to think through,” she said.